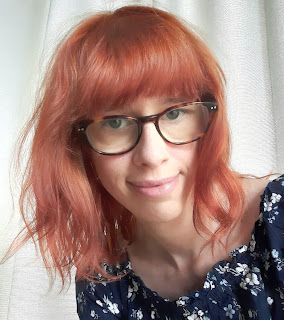 Signe Maene is a Belgian writer who is very passionate about folklore and fairy tales. She has recently finished the first draft of her historical fiction novel which is set during the French Revolution and is currently working on a collection of short stories based on Flemish folktales. You can visit her website: www.signemaene.com or find her on Twitter @maenesigne.

As a child I couldn’t imagine anything worse than living in a world where there are no books. It would be a sad, desolate place where there’s little room for the imagination. I never thought that I would have to live in such a world. A world in which the things that I’m most passionate about aren’t there. For me, that’s a world without books, writing and folklore. After a traumatic event four years ago, I was diagnosed with PTSD and this bleak world became a reality. I thought that what had happened to me, had happened to me. It was in the past and don’t they say that time heals all wounds? Time doesn’t heal all wounds. It didn’t get better after a few weeks, a few months, and even a few years.

I had flashbacks and nightmares. Every time I touched my own hair I was taken back to a place where I didn’t want to be. These flashbacks caused panic attacks and because I found it difficult to explain these to myself, let alone the people surrounding me I decided to isolate myself from the rest of the world. The PTSD symptoms that affected my love for writing, books, and folklore the most were my problems with my memory and my inability to stay focused on what I was working on. I sometimes don’t know what is worse. The gaps in my memory which torment me because I cannot remember or the flashbacks which are so vivid that they pull me out of the here and now to such an extent that I don’t think that I’m here at all, but in the past.

Writing is therapeutic and books are healing, but just when I needed these things in my life the most, they weren’t there for me. Every time I wanted to escape by opening a book my mind wandered back to that dreadful place where there had been no escape. If I wanted to write the only line that would flow out of my pen was ‘my cat is sitting on the stairs’ and similar nonsense. There was never a story, or the potential for a story and I could only conclude that it didn’t matter because I had never been a good writer anyway. Self-doubt has been an unwanted friend for as long as I can remember. That self-doubt, the trauma, the fact that nothing that I wrote made sense, and the fact that English is my second language and also the only language that I want to write in confirmed that no-one would ever be interested in my stories. Giving up was a kindness that would protect me against future disappointment.

During that time, I was living the life of an automaton. I was a master at suppressing my emotions - I still am - and I was a master at making sure that the people around me didn’t know that I cried myself to sleep every night only to wake up from a nightmare and repeat the whole cycle.

I think it’s fair to say that during this period in my life I didn’t have any passions at all. I’m not sure when or why this changed but when I started to pick up the pen again it wasn’t to write stories, but to write letters. Letters to one of the characters from the half-finished novel I had been working on. They were badly written, incoherent, and repetitious but somehow writing letters to an 18th century figure helped me. Writing started to work in that therapeutic way. After a while they encouraged me to write poetry again and I was thrilled when one of these poems was accepted for publication but not thrilled enough to start working on my novel again.

What really helped me to start writing stories again instead of rubbish was when I started to work on an audiodrama about selkies for Alternative Stories. Selkies are beings who can shapeshift from human to seal. Sea folklore and selkie stories had always fascinated me while audiodrama was a medium that I had always been interested in. I think working on this project reawakened my former love for folklore and writing and I haven’t stopped researching Scottish and mainly Flemish folktales since. There’s nothing quite as wonderful as getting wildly enthusiastic about an old folktale or writing a piece based on that old folktale. It’s that kind of enthusiasm that motivates me to go on. The kind that I thought I had lost.

There are still days when the nightmares return out of nowhere and when getting up seems like the most impossible task in the world. I can live without having any flashback for weeks until they’re suddenly back in full force. Nowadays, I’m trying to be more confident about my writing, but I still think that I’m a bad writer. The difference between then and a couple of years ago it that now I’m okay with thinking of myself as a bad writer as long as it doesn’t stop me from doing what I love most. Writing. Thanks to the right medication, counsel and falling in love with books, folklore and writing again I’m better. Time might not heal all wounds, but it will get better. It won’t be perfect, there will be days in which the pain is unbearable, terrifying, but it will get better. 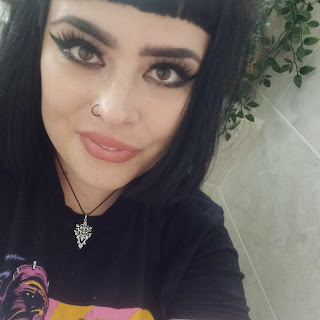 The Fjordhammer Project: Never Forgotten, Reclaiming The Person Behind The Paranormal - Amy Boucher

Visitors To The Fjord